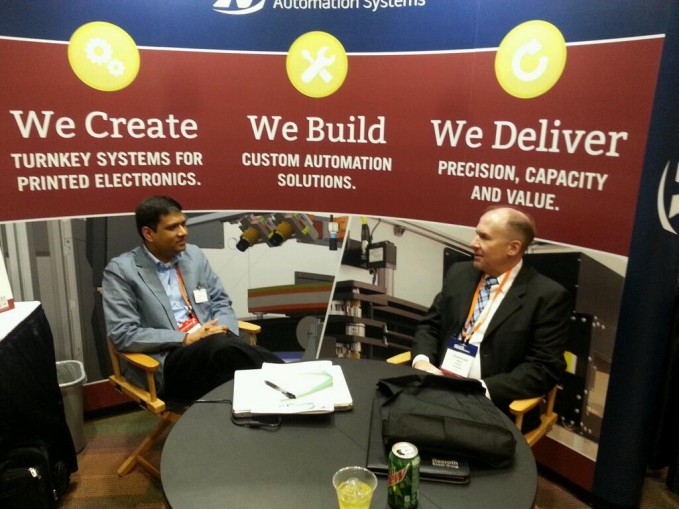 Vice President of Sales and Marketing Darin Stotz had the following to say about FlexTech 2014:

“It was a great conference again this year. We had discussions with lots of attendees about their needs for inline process feedback. During his presentation, Mark Wegner drove home what Northfield Automation Systems can do in regards to helping manufacturers retrieve applicable information from their process – in real time – utilizing various metrology methods. We have been part of great success stories in the past few years, and the show provided us the forum to create new relationships where we can work toward new successes.”

Further details, photos, and more about the company’s experience at FlexTech can be found on Twitter.

Work with us
Call us and our engineers will work with you to come up with the ideal solution.